Belting and Those Against It 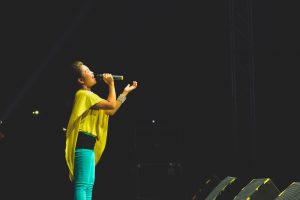 There are many types of vocal styles all with their own theories, strategies, and topics; and proponents of every single one of them thinks that their method is the only method. I’m going to take a step back from this angle and just present a couple of different options. Then I will leave it to you as the reader to make your own decisions based on the information at hand. I will be discussing more about my opinions on different vocal styles further on.

I’ve gone through several types of vocal styles, a couple speech level methods, and two different bel canto based methods. Today I will be addressing the difference between the philosophies of two bel canto approaches I took. This is between stretched chest and early bridging.

Neither of these approaches is wrong. They both work, but it’s a matter of preference about what works for your style and what you’re looking for in your voice. 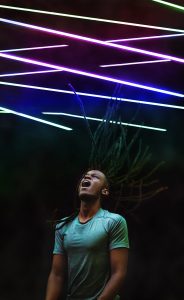 Bridging early, at least for me, makes me lose versatility in my voice. I also lose a lot of chest notes. So let’s discuss stretching chest before talking about early bridging. Remaining in your chest voice and stretching your chest extends your voice into what’s called the “call range”. When you hear a singer belt (sound like they’re doing a cross between shouting and singing) this is typically in the call range of the voice.

If you decide to stick with early bridging you miss out on this powerful call range. The voice also atrophies when you don’t use this section of your voice (for most people this occurs in the early- to mid-thirties). Once this happens it makes the voice much weaker and you’ll have a much harder time doing any chest work, period. You’ll end up with a voice that sounds like Adam Levine. Now that being said, if you’re okay with that, there’s no issue. If you have any desire to have a bit more power in your voice though, you will find it impossible to attain with early bridging.

Bridging early in my opinion babies the voice too much and limits the versatility of the voice. It doesn’t limit the voice as much as speech level singing does and it will still keep your singing healthy. Bridging early was my introduction into bel canto and it was a great way to build the basics. But in the long run it wasn’t going to give me the powerful voice I was craving.

It is my opinion that learning to stretch chest voice will develop a stronger healthier voice because the demands of the singing style are more intense and thus you must learn and master supporting from the diaphragm much more. It also allows for more compression and distortion into the voice with greater ease.

About The Author:
————————————
Chris Glyde is a vocal coach who has trained in 4 different styles of voice over the last 8 years. Dedicated to constant learning and truly discovering what works best. If you’re interested in voice lessons in Rochester, check him out.